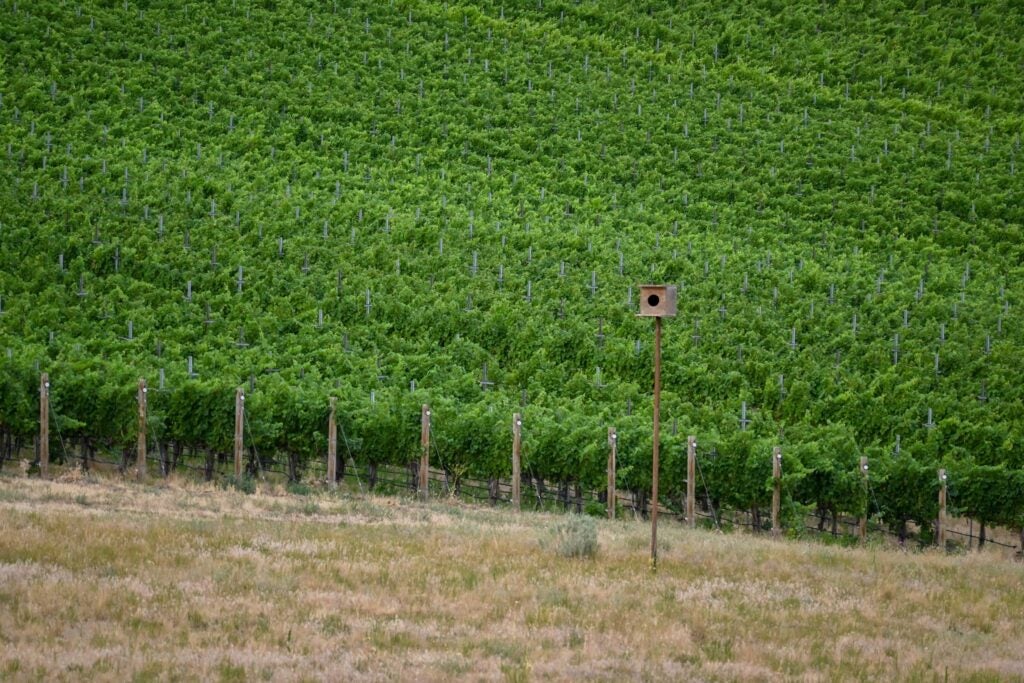 Pepper Bridge Vineyard is one of our three estate vineyards located in the Walla Walla Valley Appellation. The original 10 acres were planted in 1991. Since then, the vineyard has been expanded to almost 200 acres (170 acres as of January 2011). Pepper Bridge Vineyard has gained an outstanding reputation with winemakers throughout the state of Washington and especially the Walla Walla Valley. Tom Waliser has been the Vineyard Manager since its inception.

The irrigation and weather systems within the vineyard utilize cutting-edge technology. Weather data, temperature, humidity, wind and sun energy units are recorded around the clock, and the data is downloaded to computer via phone line. Over sixty moisture-measuring points are spread throughout the vineyard and moisture data is logged once an hour, 24 hours per day.

The soils in this vineyard are Walla Walla Silt Loam, which consists of wind-blown glacial loess that is young and full of minerals. This silt loam contains one-third sand and is very porous.The most common trellis system in the vineyard is Vertical Shoot Positioning which trains the vines upward from the cordon (grape bearing wire) in a thin curtain that allows sunshine to reach the maximum number of leaves. The leaves are harvesting sunshine and producing sugar to allow the grapes to be picked for harvest in the fall to produce some great red wines.